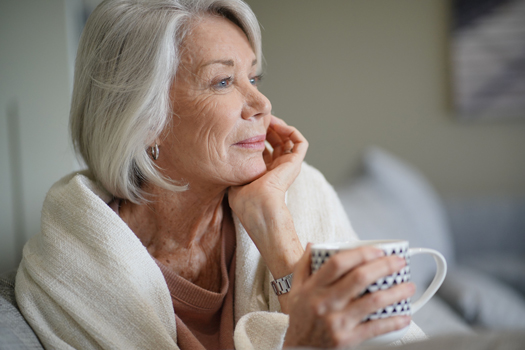 Home Care Assistance Calgary recently had a chance to sit down with Cindy Owen of Wayfare Nursing to discuss the impact cannabis has on pain relief for seniors. A recent study from Statistics Canada shows seniors are the fastest-growing group of cannabis users in our country, and it’s easy to figure out why.

With minimal side effects and very little addictive qualities, cannabis can be a great benefit for senior citizens to significantly enhance their quality of life. However, the key is for seniors to get an education on what products will suit them best, and a series of trial and error might not work for most of them, especially for those using home care services.

There’s a new operation in Calgary, Alberta, hoping to educate seniors on how to get a prescription for medical cannabis, what products to order, how to take it, and what dose works best. Wayfare Nursing assesses needs and recommends products while guiding people on what best suits those needs through home care visits and follow-ups.

Since recreational cannabis became legal on October 17, 2018, the stigma attached to it has dramatically decreased, and that has resonated with the senior population. A whopping 27 percent of first-time users in the second and third quarters of 2019 were over the age of 65, and there are ten times as many seniors using cannabis today as there were in 2012.

“It’s been huge. For medical purposes, it’s been legal since 2001. When it became legal for recreational purposes, it became much ado about nothing for a lot of people,” said Cindy Owen, the vice-president of nursing services for Wayfare Nursing.

“The buzz really started to grow. Before, when people said medical cannabis, most people knew it was recreational people getting a prescription because it was the only way to access it legally. Now that medical cannabis is truly medical, it’s booming, particularly in the senior population, especially because there is such a low side effect totality. It’s very safe compared with the vast majority of the medications they are on.”

Owen herself says she wasn’t educated on the benefits of cannabis until a few years ago when her teenage daughter was experiencing the after-effects of a severe car accident. Owen’s daughter tried a variety of treatments, physiotherapy, and medications to alleviate her pain, but she’s now living drug-free thanks in large part to cannabis. She’s now well enough to work and is thriving in her new position.

At the first suggestion of cannabis as a relief, Owen scoffed, but once she learned more about it and saw the effect it was having on her daughter, she found there was a hole in the education.

“We went to a doctor who specializes in cannabis,” Owen said. “We had five minutes with the doctor, and then we went to the education centre, and they were called a bud-tender. You can imagine who we met with. They have a script, but they can’t answer questions because they aren’t a medical professional. Seniors don’t know it’s this complex. They just know they are interested in it. If they do manage to get their doctor to prescribe it, they don’t have a service to support them through it.”

Wayfare Nursing makes home care visits to assess the level of need and condition of the person interested in medical cannabis, which can be a huge benefit for senior citizens who use home care agencies such as Home Care Assistance Calgary, Alberta, to boost their quality of life.

After the assessment, trained nurses can put together a medication plan and determine whether THC or CBD (or a combination of both) is the best option. Recreational users will use high THC cannabis to get the buzz that’s stereotypical with marijuana use. Still, the majority of seniors will be using CBD, which is a potent anti-inflammatory and doesn’t have the same psychological effects. While THC works well for muscle rigidity or neuropathic nerve pain, the majority of Wayfare Nursing clients are on a very low dose of THC, or at most a combination of THC and CBD.

“The only time we get into the higher THC doses, it’s with palliative patients,” Owen said. “If we have to increase the THC, that euphoria is actually a benefit. They are bed-ridden and you just want to see them comfortable. For other seniors who are walking and driving and want a quality of life, those are not the doses we want to see them on. It’s just educating them on what they felt, and this is what our plan is.

“There’s a whole array of products you can order and then you are guessing. It can get costly. Our program bridges that. We send a nurse into the home. We sit with you and educate you on everything. We show you how to take it. We dose it up very slowly over a period of weeks. We show you which products and which producer makes sense for you.”

One of the stumbling blocks has been getting doctors to prescribe cannabis because there hasn’t been enough research or clinical trials to support its benefits. The research is coming, but in the meantime, it can be challenging to get some doctors on board with recommending cannabis as a viable alternative to other prescription medications used for pain.

“The college of physicians and surgeons has a recommendation that they should try two traditional therapies and have them fail before having patients access cannabis,” Owen said. “A lot of seniors don’t want to do that. What are doctors looking at? Opioids. They want to try cannabis first. If that fails, then tell me what my options are.”

Many seniors call Wayfare Nursing and are worried about talking to their children about cannabis, but what Owen has found is that those kids have grown up in a much different time, and it’s not as frowned upon as they might think. There are a few instances that Owen has seen where grandkids are the ones introducing cannabis to their grandparents, and that can become a problem.

Recreational users, who tend to be younger people, don’t have the medical knowledge required to inform their grandparents on what they should be taking, which can lead to a bad experience. Owen hopes that senior citizens using home care agencies who have gone this route can give it another try with a better education.

“I don’t tout it as a miracle drug. It doesn’t cure anything. It’s a treatment, and it doesn’t work the same in everybody,” Owen said. “For some patients, they can be 100 percent pain-free. For some, we get a 30 percent reduction in pain, and that’s so beneficial.

“We haven’t had anyone who said it didn’t do anything. If seniors are taking it for pain, we at least get the response that they haven’t slept like this since they were a teenager. They see some benefit. The medication works differently in everybody, and it’s a journey.”

If you’re a senior starting on the path to a healthier way of life, it’s a matter of choice for most of us. With older adults, decreased mobility and a dwindling social circle can make this choice daunting. Home Care Assistance Calgary, Alberta, can help you and your aging loved one. Our Health Care Aids are expertly trained in our proprietary Balanced Care Method approach and can provide the support your loved one needs to live a happy and healthy lifestyle at home.