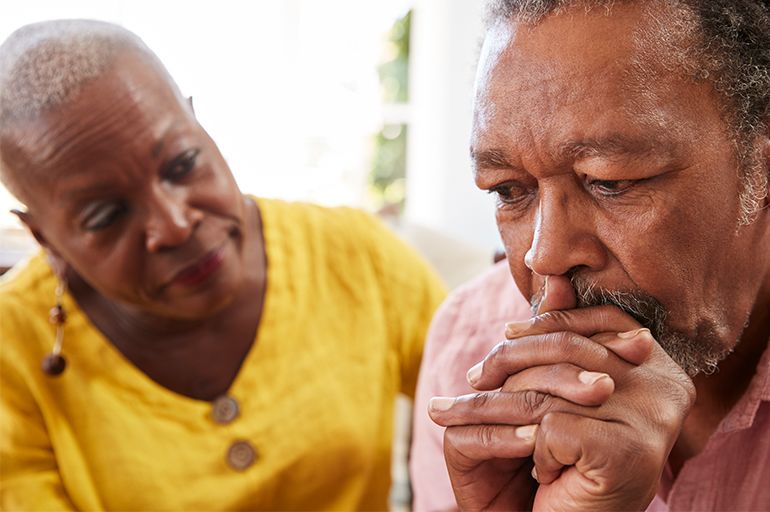 Dementia affects nearly 47 million people worldwide, more than half of whom are from low- and middle-income countries. There are nearly 9.9 million new cases reported each year. These figures are not expected to decrease anytime soon since experts estimate that the number of individuals affected by dementia in 2030 should reach 75 million or even triple by 2050.

According to the Alzheimer’s Society in Calgary, our province had over 42,000 Albertans that were diagnosed with dementia in 2016. The research shows that the risk of developing dementia doubles every five years beyond age 65. As our population ages over the next 30 plus years, the number of Albertans living with some form of dementia is expected to grow to more than 155,000.

Between 6% and 8% of people over 60 are concerned. Dementia is caused by various diseases or traumas affecting the brain. Alzheimer’s disease alone is responsible for 60% to 70% of dementia cases.

This pathology is particularly painful, not only for the patient, but also for the family and caregivers. The consequences of dementia are multiple: physical, psychological, social and economic.

In this article brought to you by Home Care Assistance Calgary, some light will be shed on this heavy pathology and on the ways one can prevent the onset of dementia.

Dementia refers to a broad category of diseases that affect the brain. Dementia causes a gradual and long-term decline of a person’s brain functions, heavily affecting their day to day life. Dementia symptoms include a decline in the ability to speak, think, remember and deal with daily problems. Individuals affected by dementia can also exhibit signs of sadness, decreased motivation and can often become overly emotional.

This disease not only affects a person’s life, but it is also great burden to the patient’s family and caregivers.

The most common and widely known type of dementia is Alzheimer’s disease, which makes up 50% to 70% of cases. But not all people who have dementia suffer from Alzheimer’s disease. Indeed, there are many other types including: vascular dementia (25%), Lewy body dementia (15%), and fronto-temporal dementia, to name a few.

In some cases, dementia can run in the same family.

Physical exercise, healthy eating, and regular cognitive training are all factors that decrease your chances of having dementia and AD (Alzheimer’s disease).

Physical exercise does this by decreasing the incidence of cardiovascular risk factors such as high blood pressure or diabetes, which in turn decreases the risk of developing AD. Apart from this indirect effect, physical exercise also seems to have a direct effect in stimulating factors that protect brain cells. It also has an antioxidant and anti-inflammatory effect at the cerebral level. Thus, studies have shown a decrease of up to 40% in the risk of developing AD, and this for low exercise levels (15 minutes of walking three times a week).

Prevention also emphasizes diet by advising Mediterranean cuisine based on polyunsaturated fats (olive oils, flaxseed oil, rapeseed oil, and fatty fish). In addition, the consumption of antioxidants such as vitamin C (in fruits) and E (in almonds and avocados) would reduce the risk of developing dementia. Low levels of vitamin D (secreted during exposure to the sun) are also associated with a high risk of developing AD.

Finally, having a rich intellectual activity could also contribute to the prevention of dementia. For example, a recent study showed that the risk of developing AD decreased by 3% for each year of non-retirement after age 60. Other studies have shown that “cognitive exercises” that stimulate the brain also have a positive effect, but the type and frequency are not yet well codified. It is therefore recommended to be active and engage in intellectually stimulating, creative and enjoyable exercises.

What does the future hold?

Currently, new treatments are still in the evaluation phase. Some seek to decrease the formation of amyloid plaques while others aim to stimulate their destruction. Vaccines against these amyloid plaques are also under development.

While waiting for the arrival of a remedy capable of effectively treating dementia as well as Alzheimer’s disease, a healthy lifestyle is, to date, the best solution to prevent them.

As a reminder the Investors Group Alzheimer Walk and Run takes place on Thanksgiving Sunday – October 7th, 2018. You can visit their website for more information – https://www.alzheimercalgary.ca/

If you are considering care options for your loved one, or if you are a family caregiver in need of respite, Home Care Assistance Calgary is here to help. As leaders in brain health, we understand the unique needs of those with dementia and our caregivers receive comprehensive training in all levels of care. Please call us at 403-301-3777 for more information.